The Lore that is found as an item in game is but a part of the game's story / storytelling / Storyline. For Update 2.0 of the game, see Secret World Legends, in which Lore items are called Legends, to which article that name redirects.

Lore is the hidden history of the world, gleaned from conversations, tasks, and honeycombs. Square, rotating yellow plates with a honeycomb symbol on them are scattered across the globe, each with a piece of lore. They may be in plain sight, or hidden, or hidden and physically hard to access. The Lore honeycombs were designed to represent knowledge fed to the Secret Worlders by The Bees. Honeycombs only appear in the starting cities once the introduction to Secret Societies missions is complete.

Collecting all the lore from an area into the Lore Journal is an Achievement in game. Lore can be found pertaining to the Factions, both the three recruiting factions and the even more secret non-joinable factions.

For more on lore, it is best to consult the CG Wiki: CryGaia.org - Lore

From the creative mind of Ragnar Tørnquist - creator of the award-winning The Longest Journey - comes a story unlike any before seen in a massively multiplayer online game.

With the whole world, all its history, all its legends and all its myths to choose from, the developers of The Secret World are creating a story unlike anything you have ever seen before in a massively multiplayer online game. The Secret World features a unique, story-driven gameplay experience that explores the myths, legends and conspiracy theories of the real world.

The Secret World brings MMO storytelling to a whole new level by putting you and your friends smack in the middle of an exciting, overarching storyline filled with memorable characters and unique missions never before seen in a game of its kind. Experience missions with a purpose, many of which go beyond the grind quests traditionally seen in massively multiplayer online games.

Below in quotes from Wikipedia:The Secret World

"It is one month after an disaster in the Tokyo subways; the media call it a terrorist attack. In dreams, the character is offered survival of the fast-approaching End of Days in return for service; angels dressed in white and black give the player advice that alternatively coincides or contradicts. The character awakens with frightening magical powers. Overcoming their fears, the character learns to control their powers, and is immediately recruited as an agent and trained by either the Templars in London, the Illuminati in Brooklyn, or the Dragons in Seoul. The character then travels to their faction's base to receive training and travels in another body to a variously-induced hypnotic flashback of the Tokyo occult attack. After choosing weapons they are sent to the first of several supernatural disaster zones around the world to advance their society's interests."
"The first three playfields (Kingsmouth Town, The Savage Coast and the Blue Mountain) are on fictional Solomon Island, Maine, walled off by occult fog and besieged by zombies, with heavy influences from H.P. Lovecraft and Stephen King (references to horror writings such as Edgar Allan Poe's and King's include "Flagg's Pharmacy", the "Overlook Motel", "Jack & Wendy's Bed & Breakfast," and an occupation of the town by ravens with unpleasant habits. NPC have Kingian names like "Creed" and "Bannerman"). Scandinavian "Draug" undead and ancient Mayan invaders, some human, begin to reveal the legacy of an ancient war fought on the mountain to control what is beneath it. A black liquid called the "filth" bubbles up from beneath the mountain, rapidly corrupting the minds and bodies of all creatures who contact it and gradually revealed to consist of the dreams of old gods. The player's investigation centers upon a man calling himself Beaumont who is working with the world's most popular New Age cult, Morninglight, actually bent on feeding the world to eldritch beings. Also present on the island are the Order of Phoenician Sailors, a resentful global pirate/mercenary army, and the in-house soldiers and scientists of Orochi Group, the world's largest tech conglomerate. The player gradually discovers the legendary identities of both Beaumont and of a sword which, brought by fishermen to the island, initiated the horrors there. Forging an alliance with the island's Native American community, the character enlists ancient powers to defeat Beaumont. Dungeons accessible from the island include: the site of a capsized tanker further offshore haunted by a small Cthulhu avatar; a part of the Hell Dimensions where a human bent on redeeming Hell is held captive; and the island's ancient past where the war over the mountain is fought."
"After facing Beaumont, the character is sent to the Valley of the Sun God, a fictional tourist area in Egypt. One map in the area hides a hidden ancient city built to worship an evil god, while the other boasts a small modern town situated above the as-yet-undiscovered ruins of ancient Thinis. Recently, blights resembling the "seven plagues" of Egypt have manifested, along with a Filth eruption associated with the return of the cult of historic sun-god Aten and, indeed, of the historical pharaoh Akhenaten, father of Tutankhamen and initiator of Ancient Egypt's short-lived experiment with monotheist Aten worship. The player is assisted by a mafia of black-marketeering mummies, by a millennia-old paramilitary resistance movement named the Marya, by a cagey eyewitness of old-testament events wielding what seems to be Aaron's Rod, and by Akhenaten's rebellious high priest and the seven of his own children he sacrificed in order to create seven avatars of the Egyptian pantheon, in the form of giant Sentinel statues. Dungeons include another Hell Dimension and an ancient Aten temple teeming with what's left of some very unwise Orochi scientists."

"In Bacaş County, Transylvania, an ancient human-fairy truce has been broken by an army of vampires besieging the local town. The plot reveals this siege is at the request of their queen Mara, concealing her work to exploit another Filth source and gateway into other dimensions originally opened by the Orochi Group using Emma, a captive teenaged psychic. The vampires are being opposed by the Drăculești, a group founded by Vlad Dracula to hunt and fight supernatural creatures. The Filth is also present in the Bacaş County and it is corrupting the land and its inhabitants."
"The character later revisits the three main locations, and they slowly learn that all three major catastrophes are heavily linked to the Orochi Group and its mysterious leaders; Samuel Chandra and Lily Engel. The player faces Lily in Transylvania and her true identity-Lilith-is revealed. Lily manages to escape to Kaidan and the character is sent to Venice by their handler. In Venice they discover that the group known as the Council of Venice, responsible for keeping the peace in the secret world, has been corrupted."
"Finally the character goes to Kaidan, which is located in Tokyo, Japan. A bomb was released in the Kaidan subway, which started the spread of the Filth and the destruction of the world. The headquarters of the Orochi Group is also located in Kaidan, as is the Black Signal, the digital mind of a Filth cultist who now directs the Filth creatures in Kaidan. Several groups fight for control of Kaidan and it is up the player character to discover the mysteries of Tokyo, find out who released the bomb, and face Lily and the Orochi Group. The Tokyo areas utilize many Japanese legends, such as the Namahage."

The Ages Lore 01 THE SECRET WORLD

The Illuminati Lore 03 THE SECRET WORLD

The Templars Lore 04 THE SECRET WORLD

The Dragon Lore 05 THE SECRET WORLD 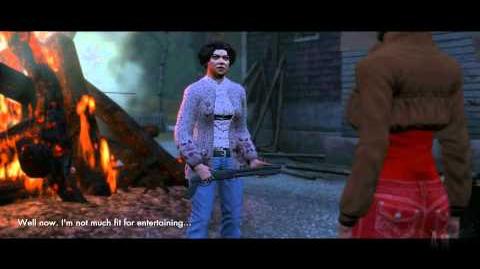 The Secret World - Dawning of an Endless Night 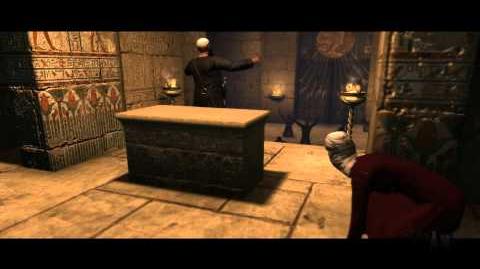 The Secret World pt 107
Add a photo to this gallery

Retrieved from "https://secretworld.fandom.com/wiki/Story?oldid=14773"
Community content is available under CC-BY-SA unless otherwise noted.